Solar LED road studs are a type of road studs, which are mainly used in the intersections of roads, the lane boundary, crosswalks, road divisions, traffic diversions, sharp turns, elevated and tunnel entrances and exits, highways, railway ramps, and foggy zone of airports, seaside to clearly guide drivers and pedestrians in nighttime, rainy or foggy weather. Also used in parks, docks and other places which need to beautify.

Solar LED road studs are composed of reflectors, shells, solar panels, control panels, and batteries. Solar LED road stud charges its rechargeable battery through a small built-in solar panel module during the daytime so that it can work as an effective safety marker in darkness.

On the basis of the passive reflection of ordinary road studs, solar LED road studs add an active lighting LED. The bright flashing LEDs at a certain frequency are highly effective at getting the attention of the drivers-much earlier than conventional (reflective) road studs at night. Solar LED road studs also can emit different colors of light, so it is also helpful to beautify the night scene of the city.

As the name implies, solar energy sources produce environmentally friendly electricity from daylight. As a result, these innovative Solar Road Studs operate independently in the open air and are completely maintenance-free. Because of their own power supply (solar cell), the electrical wiring of these lamps is eliminated, resulting in a quick and convenient installation. 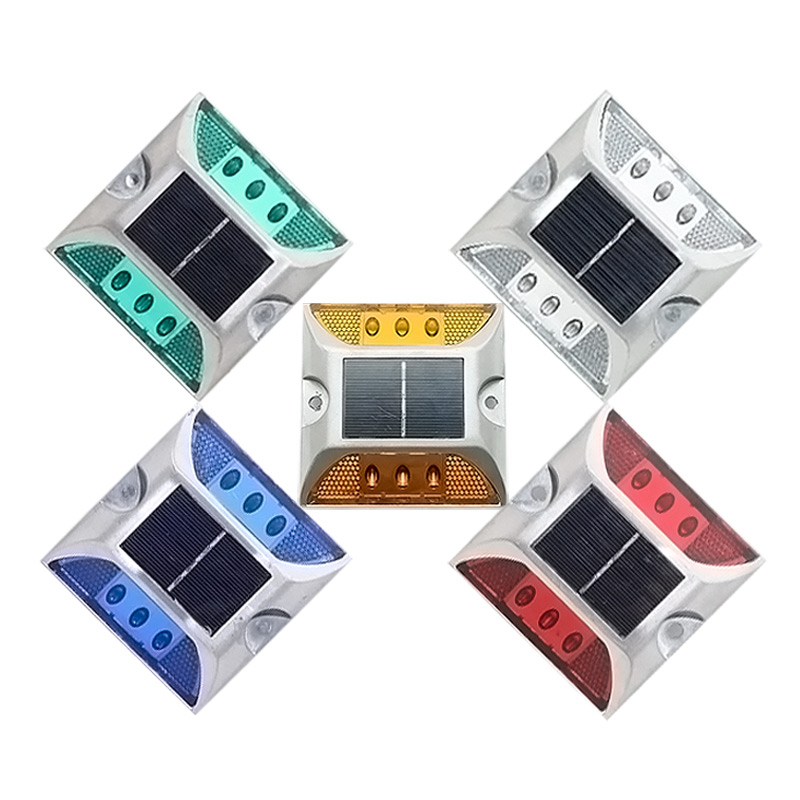